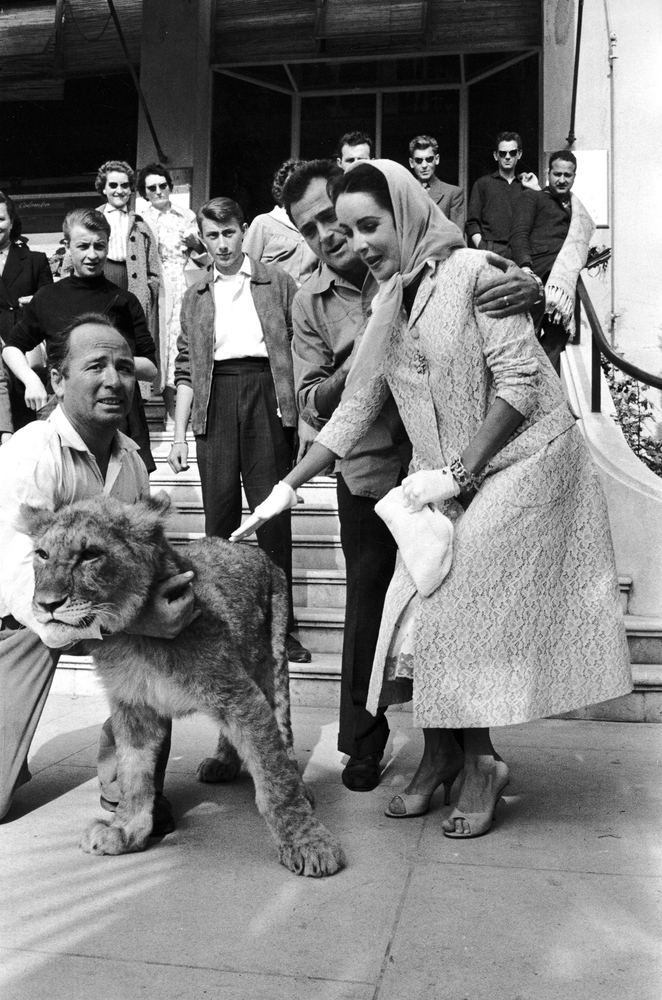 Elizabeth Taylor and her third husband Mike Todd at the Cannes Film Festival 1957 petting a lion cub. The newlyweds presenting their oscar winning movie »Around the World in 80 Days«.

The couple got married in 1957 and the same year Taylor gave birth to their daughter Liza. But only one year after the marriage Todd tragically died in a private plane accident in 1958. The film and theater producer therefore stays the only of the actress' seven husbands, whom she did not divorce.