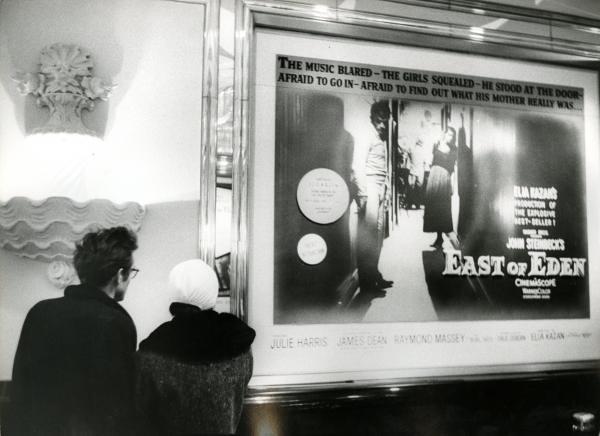 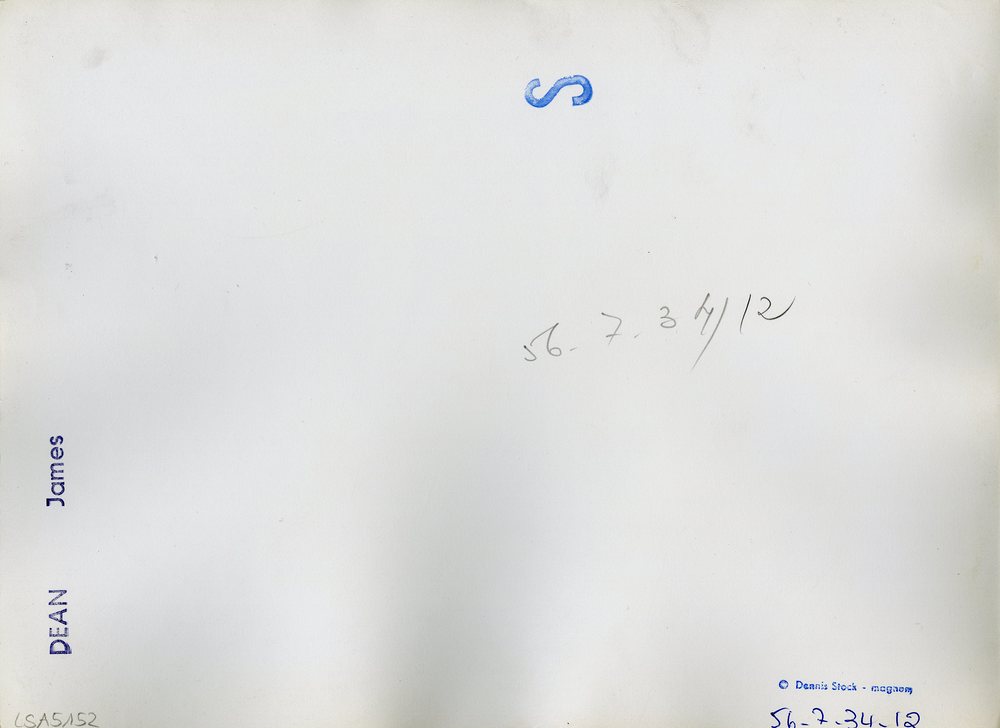 The picture was taken in commission of Life magazine for an illustrated story on the 24-year-old movie star. At that time the film »East of Eden« was just released, which was the basis for Dean's meteoric fame and his image as an impetuous, melancholic rebel. He attended dance classes at singer's Eartha Kitt school, the image shows her from the back close to him.

The original negative number stamp refers to a wrong year of origin, inasmuch as Dean had a fatal accident in September 1955. Since this error can be found in all prints of this series distributed by Magnum, it is considered proof of authenticity. When Dean became a posthumous idol, this reportage also favored Dennis Stocks career.