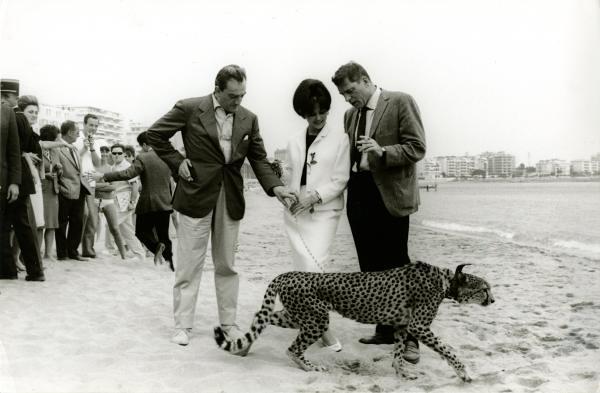 During the Cannes Film Festival, the director and two of the leading actors advertise »Il Gattopardo«. The beach excursion with the titular big cat promoted a three-hour historical epic, which is still considered a masterpiece today. In the 1963 official competition it was awarded the Golden Palm. The critics' consensus on Rotten Tomatoes is: »Lavish and wistful, The Leopard features epic battles, sumptuous costumes, and a ballroom waltz that competes for most beautiful sequence committed to film.«