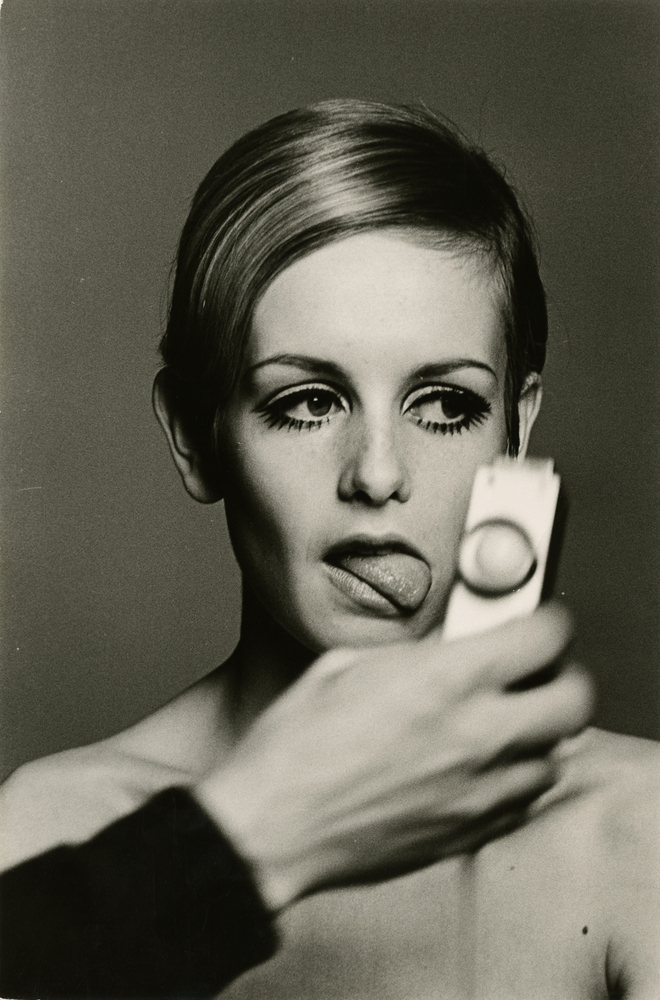 Glinn studied literature at Harvard University, where he edited and photographed for the college newspaper. After he served in the US Army and worked for Life magazine, he associated to Magnum Photos in 1951 along with Eve Arnold and Dennis Stock – the first Americans to join the agency – and became a full member in 1954. He is famous for his pictures from the South Seas, Japan, Russia and Mexico, as well as his iconic shots of political leaders as Fidel Castro and Nikita Khrushchev.
Born 1949 as Lesley Hornby in a London suburb, nicknamed Twiggy got famous at a young age. Known for her thin build and androgynous look, her big eyes and short hair, she was voted »British Woman of the Year« and »The Face of 1966«. She is considered to be one of the first international supermodels. Directed offside, while a light meter is held in front of her, Twiggy's funnily fretful expression gives an insight to the elaborate work behind the scenes at fashion shootings.