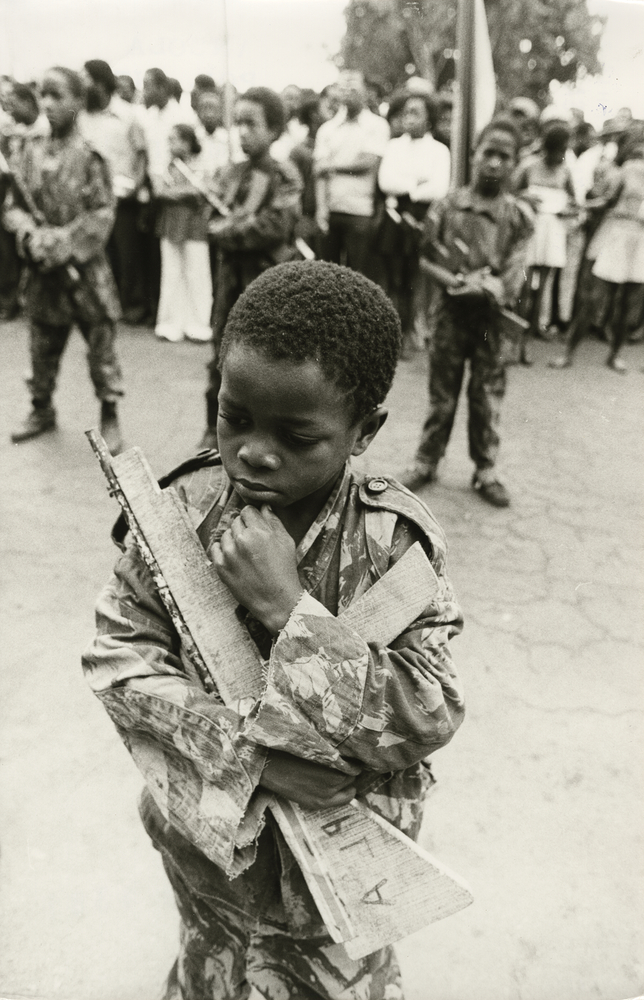 Angola gained independence from Portugal in 1974 but immediately descended into a 27-year civil war involving widespread abuses of human rights. Salgado covered the post-colonial conflict on assignment for Gamma agency. Although he never regarded himself a war photographer, he created some of the most disturbing but also touching images of the conflict.