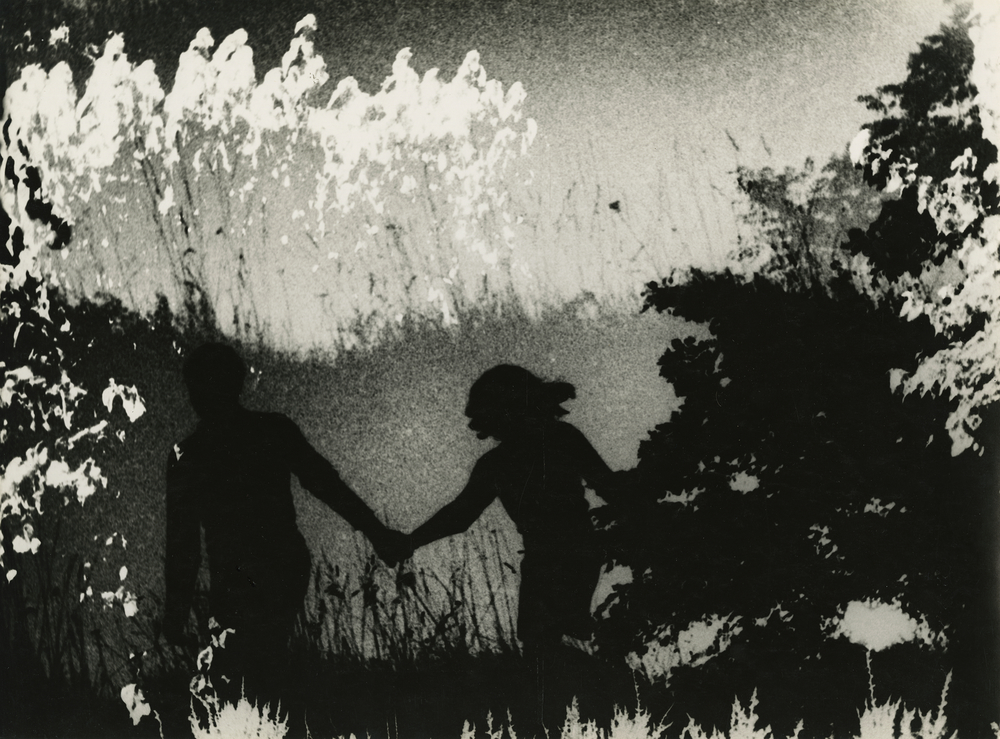 Giacomelli’s photographs always reflect his inner life. While his early series were informed by the form of reportage due to their unity of place, he increasingly shed this convention over the course of his career. Time and again, he used double exposures, undercutting the realistic images produced by photography. Poems were no longer a source of inspiration only, but the structure of the series themselves took on a more strongly lyrical character. The combination of individual photographs took place increasingly by association, narration becoming more intermittent and meaning more open to interpretation. Works that were created in the context of earlier series showed up again like leitmotifs, combined with new images. Series like this one, referring to the poem Caroline Branson of the Spoon River Anthology (1915) by Edgar Lee Masters, offer an insight of Giacomelli’s poetic vocabulary.