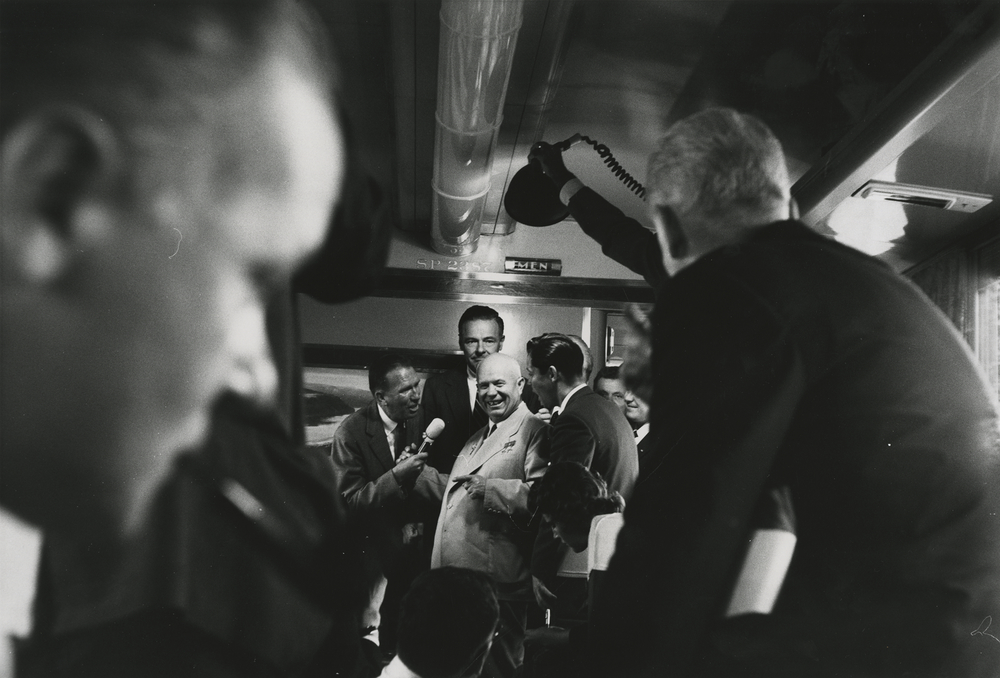 Nikita Khrushchev during an interview, USA, 1959

From the 15th to the 28th of September 1959 Nikita Khrushchev visited the United States as first Soviet head of government ever at the official invitation of U.S. President Dwight D. Eisenhower.

During his two weeks state visit the Kremlin chief managed to change the public opinion of the Americans towards him from hostile to welcoming.