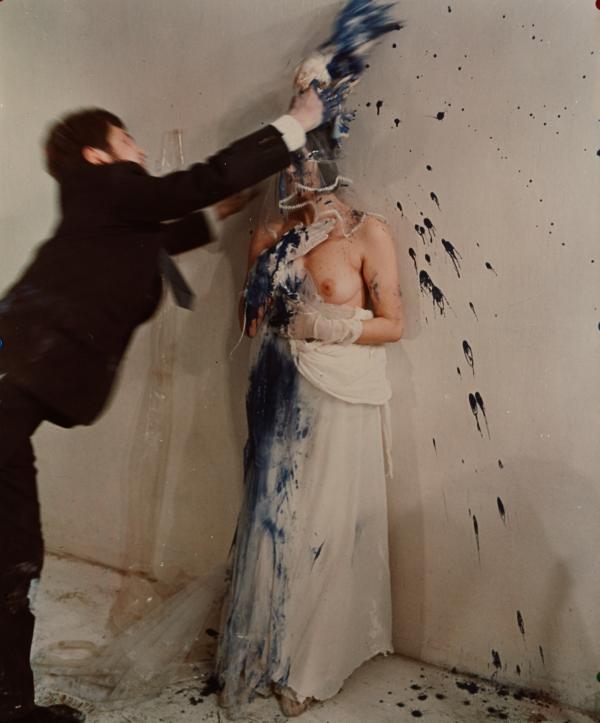 Schwarzkogler's first action was his only one with a title, the only one involving several people, and the only one photographed in color. It took place in the apartment of his fellow student Heinz Cibulka, who played an active role, Günter Brus' wife Anni acted as bride, Schwarzkogler himself was the main actor. In addition to his closest circle of friends, including Otto Muehl, Hermann Nitsch and Günter Brus, three photographers were present to document the course of the action.

Unlike his colleagues, Schwarzkogler incorporated space into his formal concept. By painting the walls blue and white and placing blue objects - a cylinder, a sphere and two boards - in the room, he created an environment for his action. On a white table he arranged utensils like in a laboratory, among them fish, a chicken wrapped in paper, fine crystals in different colours, glasses with blue colour, as well as gauze bandages and surgical tools. Typical motifs are the black mirror and the sphere will also recur in Schwarzkogler's subsequent actions.