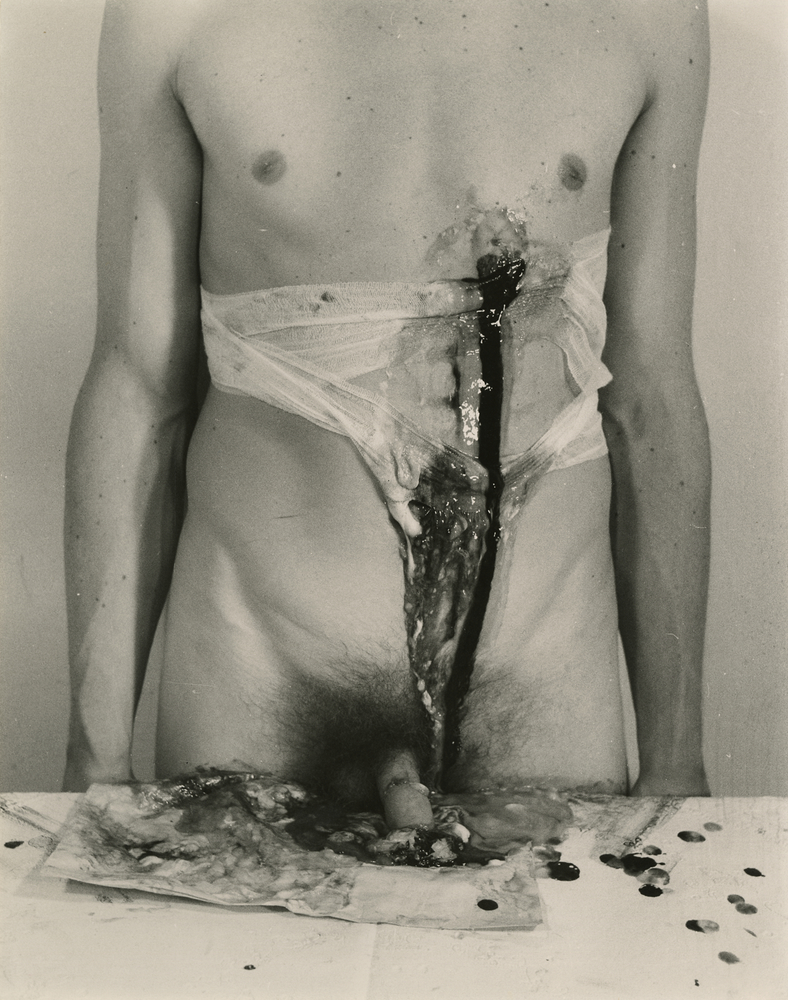 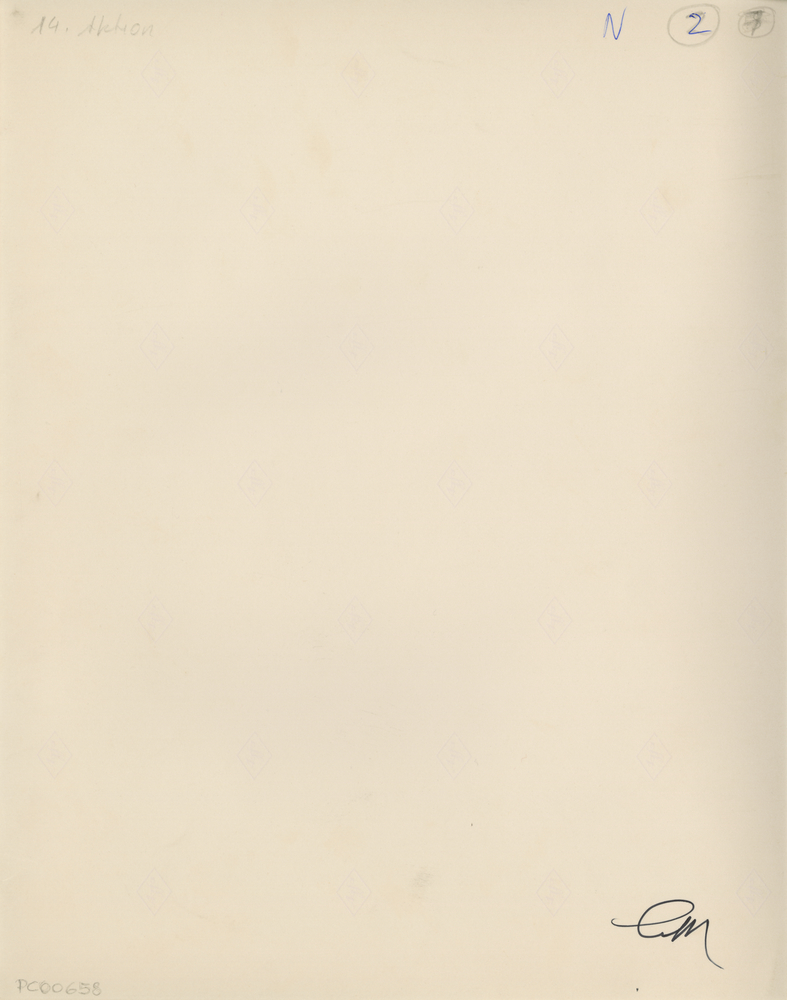 Hermann Nitsch formulated the dramaturgical elements of his OMT part by part. Central elements as the crucifixion or the tearing of the lamb became already manifest in his earliest actions. In 1965 he added the new element of body collage, the »Penisbespülung« (the irrigation of the penis). During the procedure the penis of the protagonist is drenched in blood and eggs or covered in meat, intestines, and sanitary towels; often the body part of the side wound of Christ is also involved.

Nitsch previously drew story boards for the process, where all positions are minutely defined and described, including the exact angle the photograph should be taken from. After experiments with others, he found a suitable photographer for this kind of action in Franziska Cibulka; in her husband Heinz Cibulka, Hermann Nitsch had the ideal »Akteur« until about 1975. 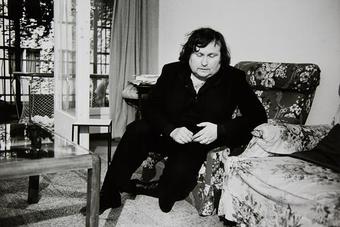 900 €
Inquire
See all works by Cora Pongracz
jump to top