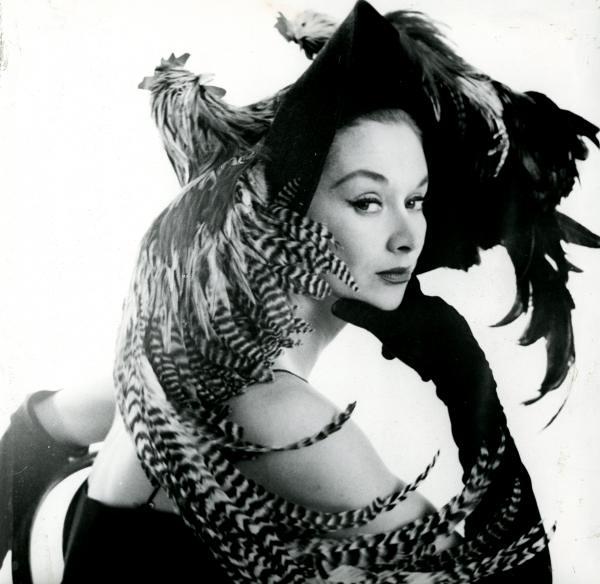 In 1953 Austrian photographer Roland Pleterski (1920-2000) took up an assistant position with Irving Penn in New York. The two became friends and Pleterski soon also had a close relationship with Penn's wife Lisa, a Swedish-born leading model of the era. Penn photographed her mainly in French haute couture for the magazine Vogue, as well as in the session of December 2, 1949, including this photograph. The motif became known under the title »Women with Chicken Hat«. The print is from the estate of Pleterski.