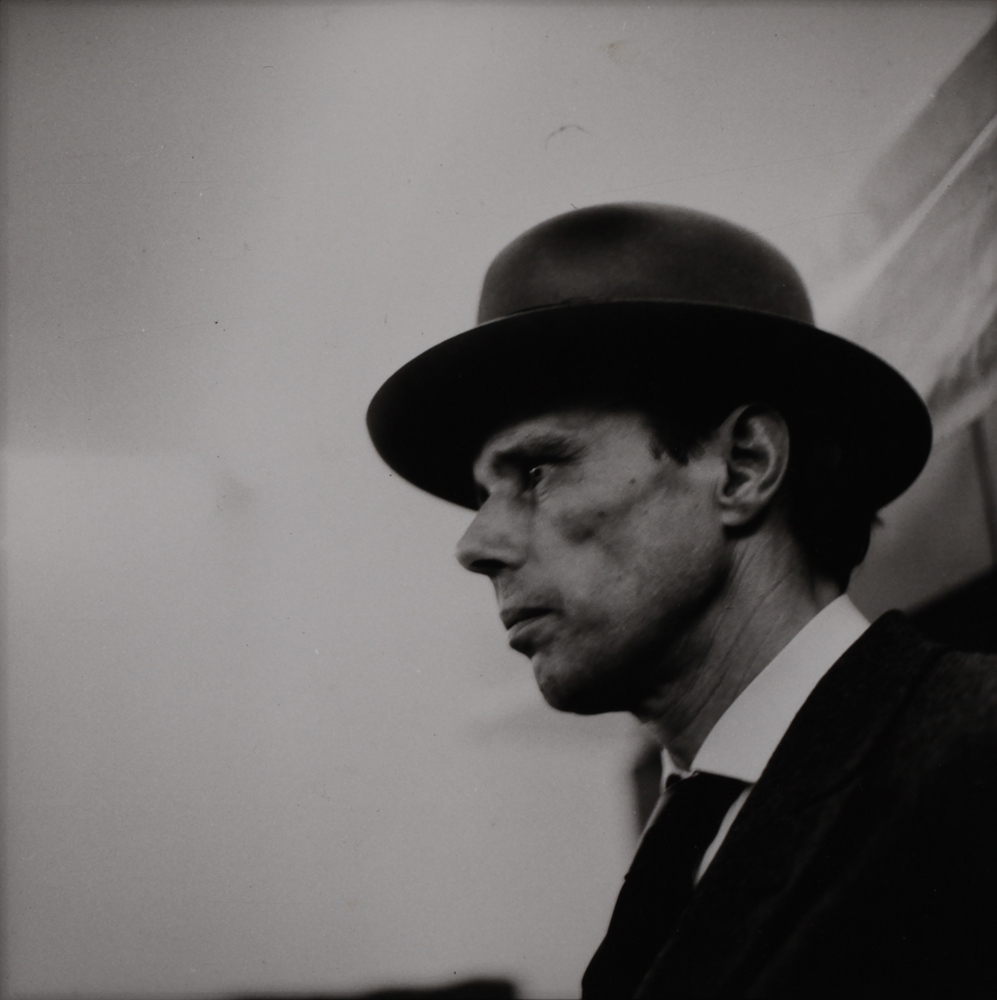 Christian Skein is best known as a photographer of the Swinging Sixties for international magazines. He covered fashion, life style, Pop and Avantgarde culture as well as their protagonists, such as the Beatles filming »Help!« at Austrian ski resorts in 1965 or painter Arnulf Rainer on Walter Pichler's famous chair »Galaxy 1«.
The Viennese Avantgarde gallery »nächst st. stephan« presented exhibitions and performances by the German Fluxus artist Joseph Beuys (1921–1986) years before he gained worldwide attention in the Seventies. His extensive work is grounded in concepts of humanism, social philosophy and anthroposophy. For his idea of social sculpture he claimed a participatory role in shaping society and politics. Skrein's portrait shows him with a stern gaze that indicates foresight and critical awareness.