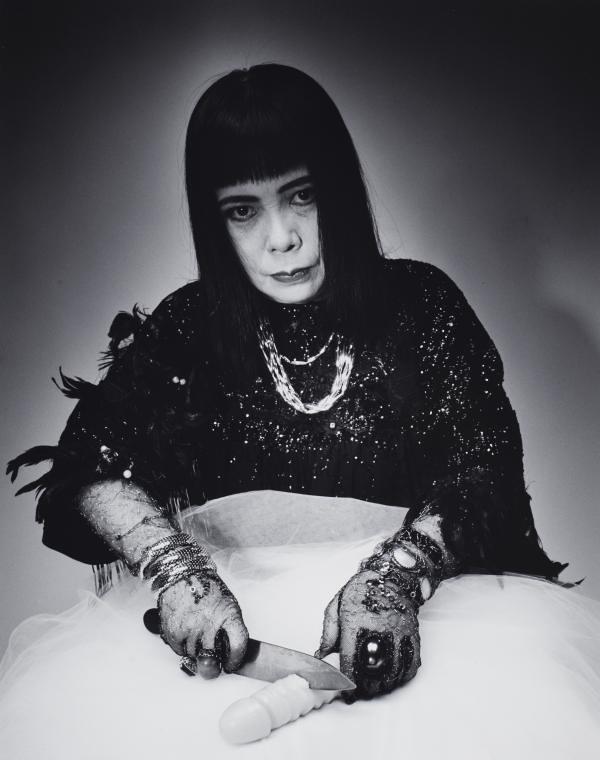 »I don't like sex. I had an obsession with sex. When I was a child, my father had lovers and I experienced seeing him. My mother sent me to spy on him. The sexual obsession and fear of sex sit side by side in me.« [Yayoi Kusama, 2011 in an interview for Financial Times]
Nobuyoshi Araki's artistic approach is inseparably connected to verbal and physical interaction with the model, thus the act of shooting is often an erotic experience, no matter if the subject is a nude in bondage or a studio still life. In the case of this portrait, uniting two highly prolific Japanese artists, the sexual allusions refer as much to his sitter as to himself. 1929 born Yayoi Kusama is primarily acknowledged for her installations. In the Sixties she created startling happenings in New York. Brightly painted polka dots became her trademark as an artist.