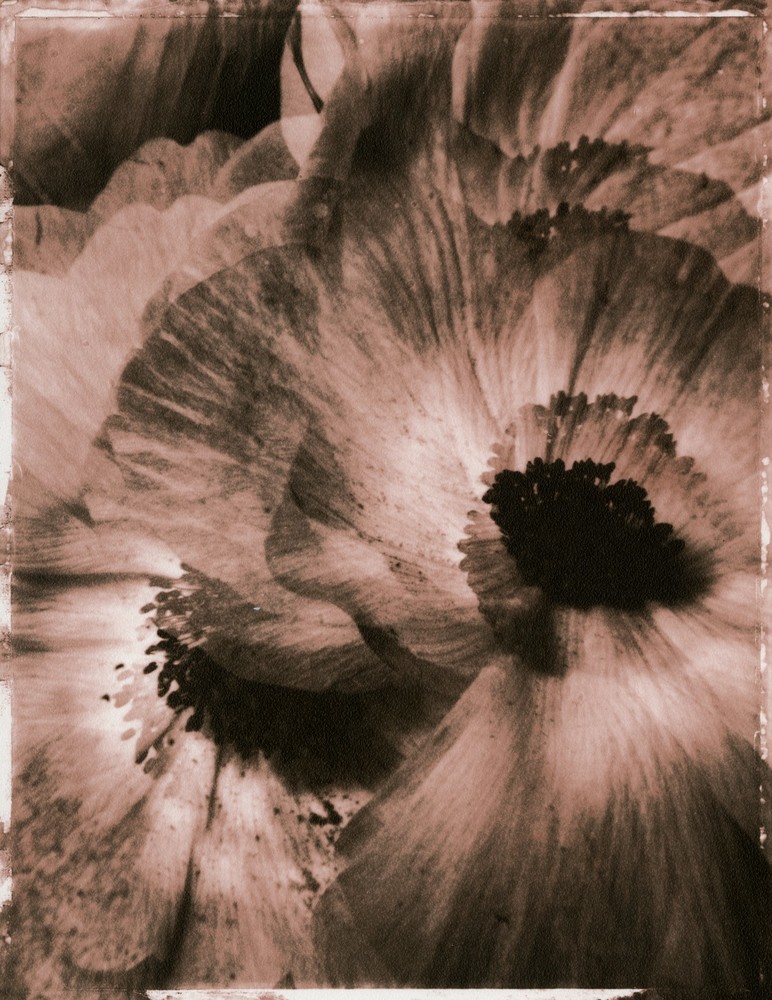 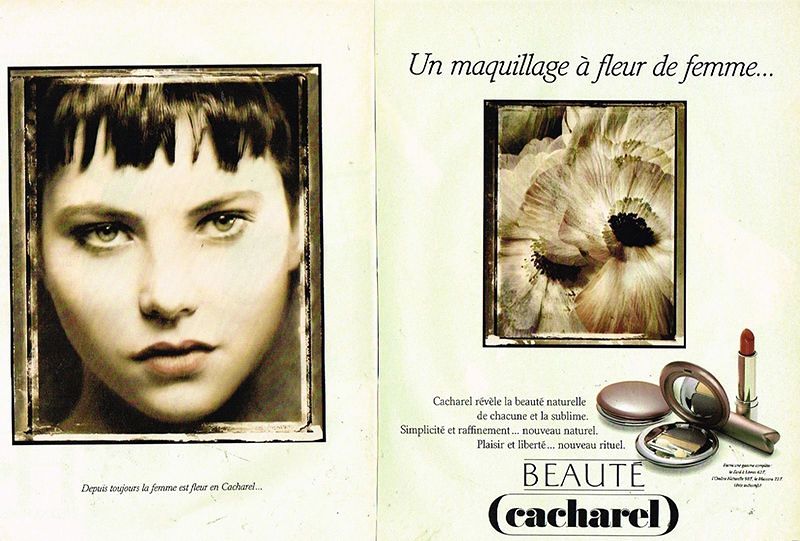 The French brand Cacharel was founded in 1962 by Jean Bousquet. Cacharel clothing and perfume designs are characterized by their youthful femininity, lightness and use of bright colours.

Less known is Cacharel's make-up line, which was on the market for only a short time in the early 1990s and was advertised with photographs by Sarah Moon (image of a magazine spread see above).