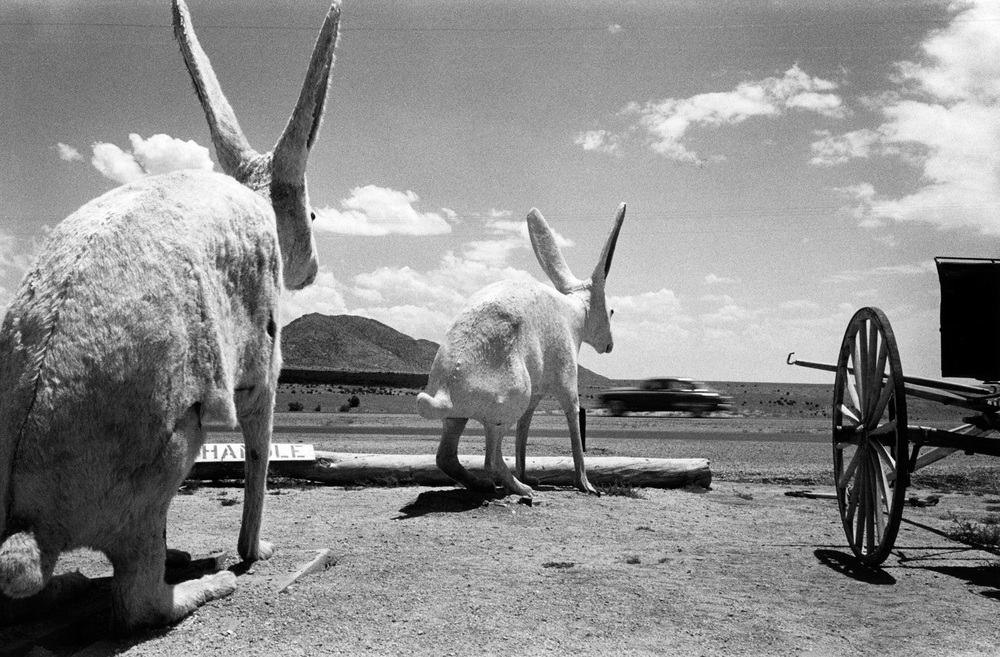 Available in other formats on request.

Ernst Haas (1921, Vienna – 1986, New York) is one of the most important proponents of photojournalism and, as a pioneer of colour photography, created unsurpassed works of art. His journalistic eye and unmistakable visual language have made his black-and-white photographs of life in the ruins of post-war Vienna unique documents of the times. His moving series on the first homecoming prisoners of war from Russia in particular is one of the key milestones of reportage photography to this day.

For Haas, it was the prelude to an unprecedented career. After emigrating to the USA, he was the first Austrian to become a member and later president of Magnum Photos agency and played a major role in shaping the heyday of illustrated news magazines. In the early 1950s, Haas discovered colour photography, which was still scorned at the time. His New York essay Images of a Magic City was to become the first major series of pictures ever printed in colour by Life. In 1962, he was also the first colour photographer to have a solo show at the Museum of Modern Art.

Throughout his career, Haas travelled extensively, photographing for Life, Vogue, and Look, to name a few of many influential publications. His illustrated book The Creation, published in 1971, is one of the most successful photo books of all time, with a six-figure print run.

Ernst Haas received the Hasselblad award in 1986, the year of his death. The Ernst Haas Studio, located in New York, continues to manage Haas’s legacy, aiding researchers and overseeing all projects related to his work.

In conjunction with the Haas retrospective at WestLicht Photography Museum, OstLicht Gallery, in collaboration with the Ernst Haas Estate, is offering the opportunity to purchase a selection of photographs by the artist.