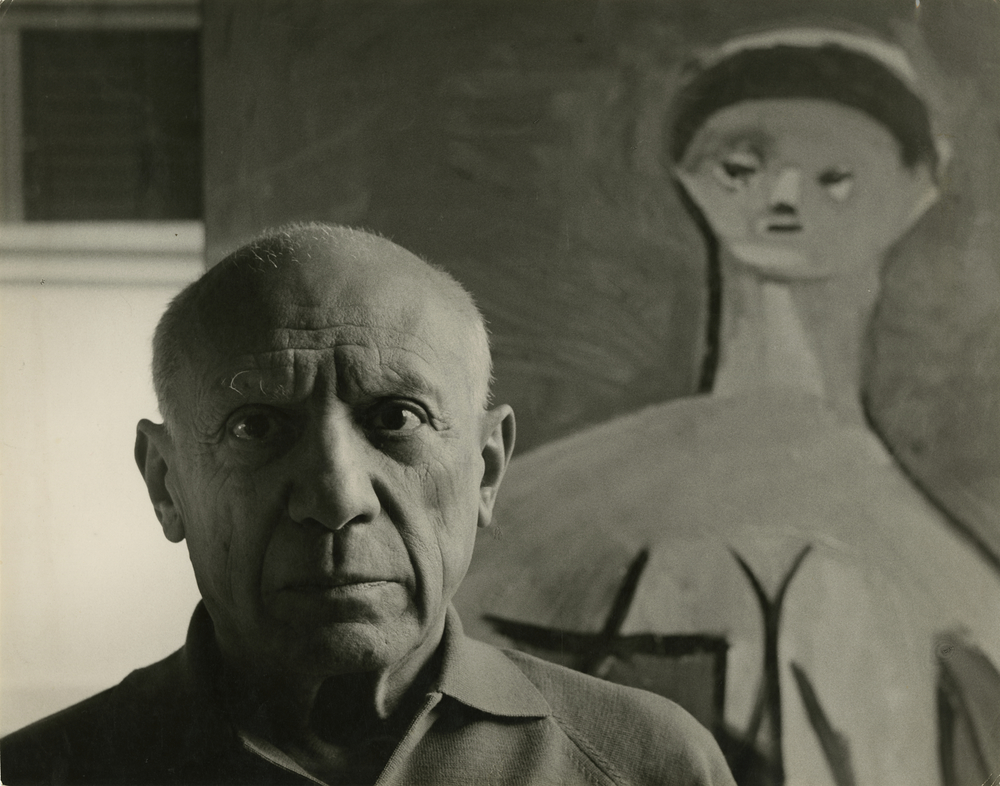 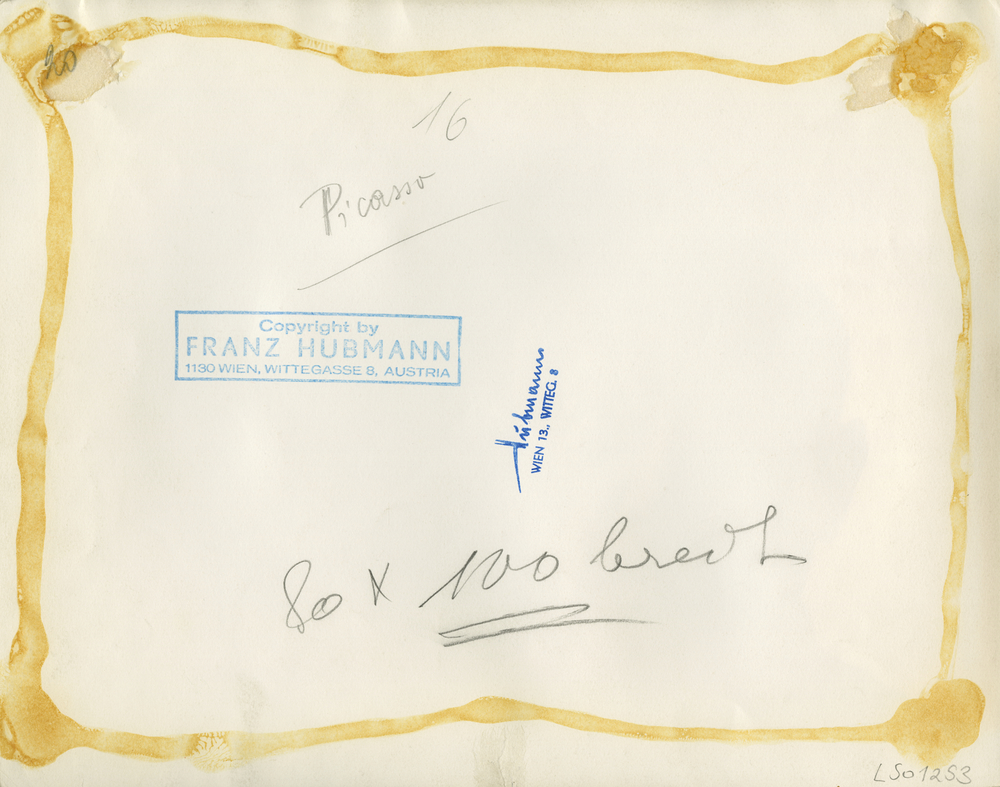 In the summer of 1957 Franz Hubmann, staff photographer and editor of the influential cultural magazine »magnum« he co-founded in Vienna in 1954, travelled to France. His aim was to portray the art community in Paris, back then the international hotspot of art. During his stay he managed to photograph more than 20 artists, including Jean Tinguely, Zao Wou-Ki, Marc Chagall, Alberto Giacometti and Wassily Kandinsky. Apart from being published in various contexts, his photographs were later also used for a TV documentation for the Austrian channel ORF on French Art.
In the case of indispensable Picasso (1881–1973) it took the photographer several attempts until he could finally see the great master. He took iconic portraits at Picasso's wonderful studios in Cannes in July, showing the artist surrounded by his work. In this portrait Hubmann's image design brings about a corresponding connection between the creator and his art, as the painted figure seems to observe the sitter.