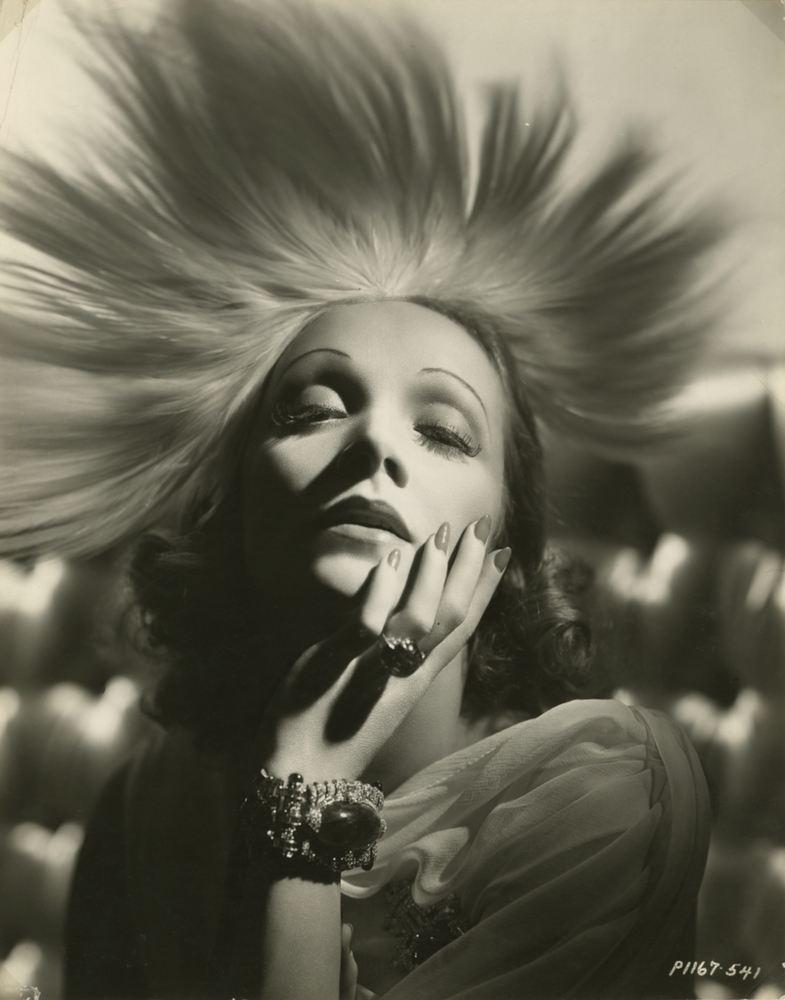 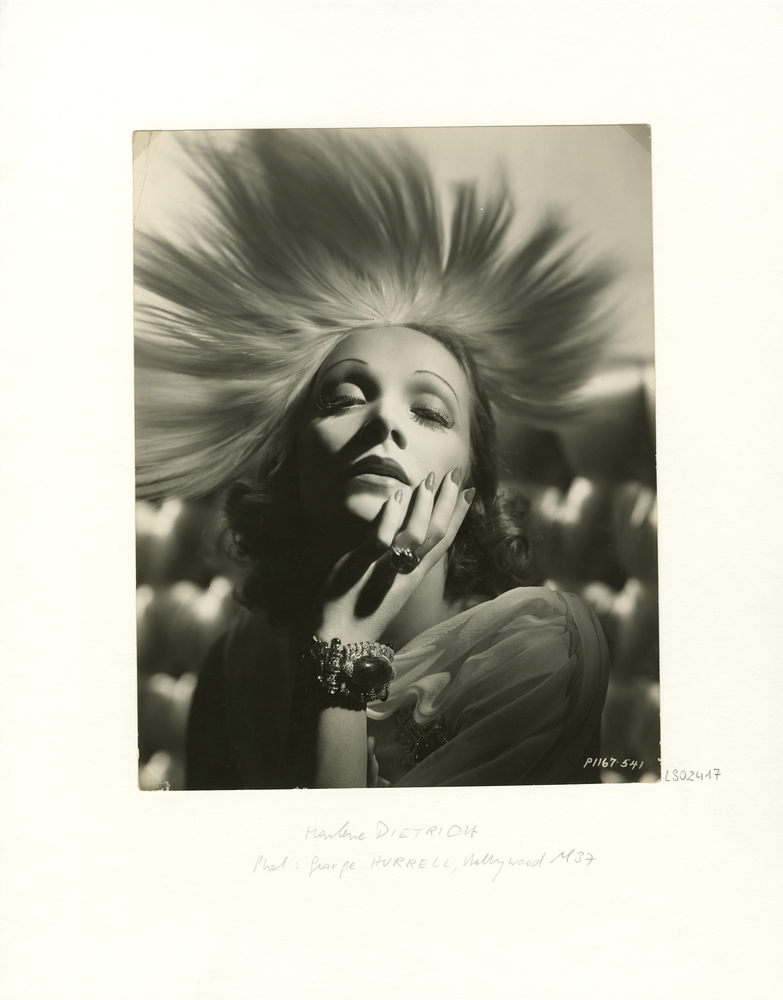 German-born actress and singer Marlene Dietrich (1901–1992) achieved her international breakthrough in the movie »The Blue Angel«, directed by Josef von Sternberg in 1930. He introduced her to Hollywood under contract to Paramount Pictures and they made six other films together. When the Nazi Party tried to convince Dietrich to return to Germany, the dedicated humanitarian refused and applied for US citizenship in 1937. At that time Marlene Dietrich acted in the romantic comedy »Angel«, directed by Ernst Lubitsch.
Hurrell ran a studio at Sunset Boulevard, frequented by many prominent movie stars. His glamorous portrait of Dietrich shows her in a dress and an extravagant hat by Travis Banton, a pioneering Hollywood costume designer. Especially in Paramount's movies and promotional portraits Dietrich appears in perfectly arranged poses and lighting; combined with scrupulous attention to set design and costumes. This made her one of the most stylish figures in cinema history.