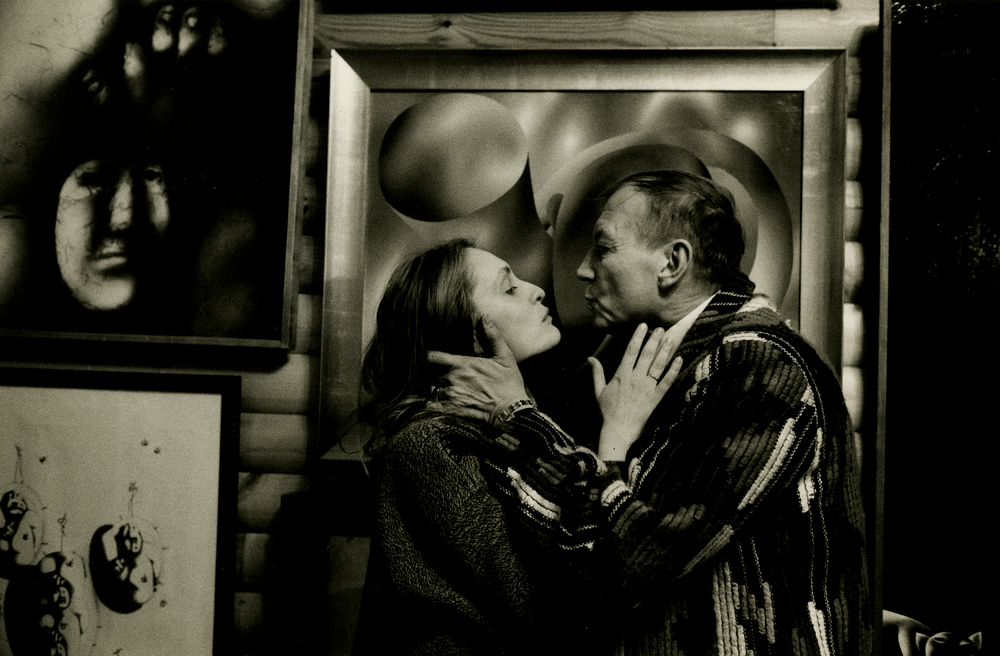 Yevgeny Yetushenko and his (forth) wife Masha Novikova standing in front of a painting by Oleg Zeikov.

The Russian poet, novelist, screenwriter, publisher, actor, editor and director of several films was expelled from the Soviet Literary Institute for "individualism" in 1957. He was banned from traveling, but gained wide popularity with the Soviet public.