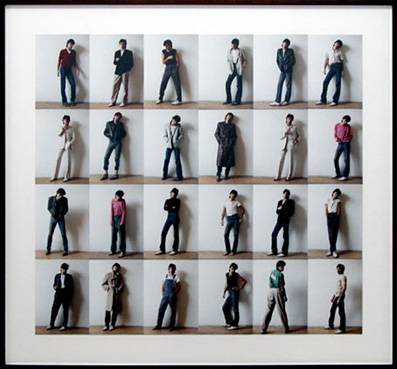 In the photo series »Disco Boys«, named after a song by Frank Zappa, the artist's self, located in the youth culture, serves as a malleable starting material: the body becomes a projection surface that is superimposed with different styles of the time. A wide spectrum of poses is explored, ranging from Saturday Night Fever, David Bowie's androgynous and enraptured Berlin phase, coquettishly over-exaggerated hustler-ness until to the punk snotty just beginning to emerge. [...] The »Disco Boys« knew of the possibilities of self-chosen identity orientation long before this became a lifestyle maxim of the 1980s and 1990s. (Christian Höller)