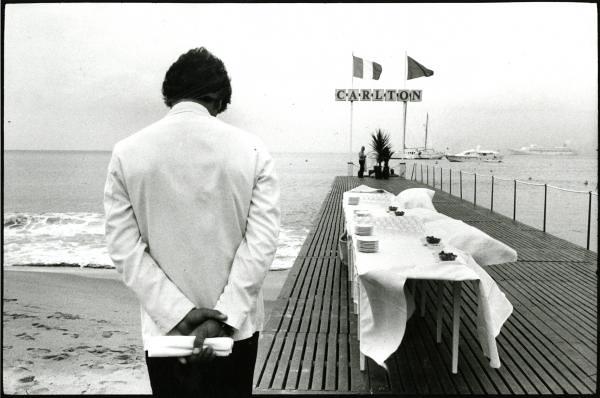 Preparations at the jetty of the Carlton Hotel, France, Cannes, 1980

During the Cannes film festival a reception is prepared for the presentation of »The Man with Bogart's Face«. The detective comedy was released by 20th Century Fox, its story is based on the similarity of the main character (and the main actor Robert Sacchi) to Humphrey Bogart. The novel and screenplay are written by Andrew J. Fenady.

Guy Le Querrec is best known for his portraits of jazz musicians and for his reports in Africa. In 1977 he became a full member of Magnum. With this shot he created a felicitous composition in the tradition of the agency's founding fathers, away from the hustle and bustle of the film business.