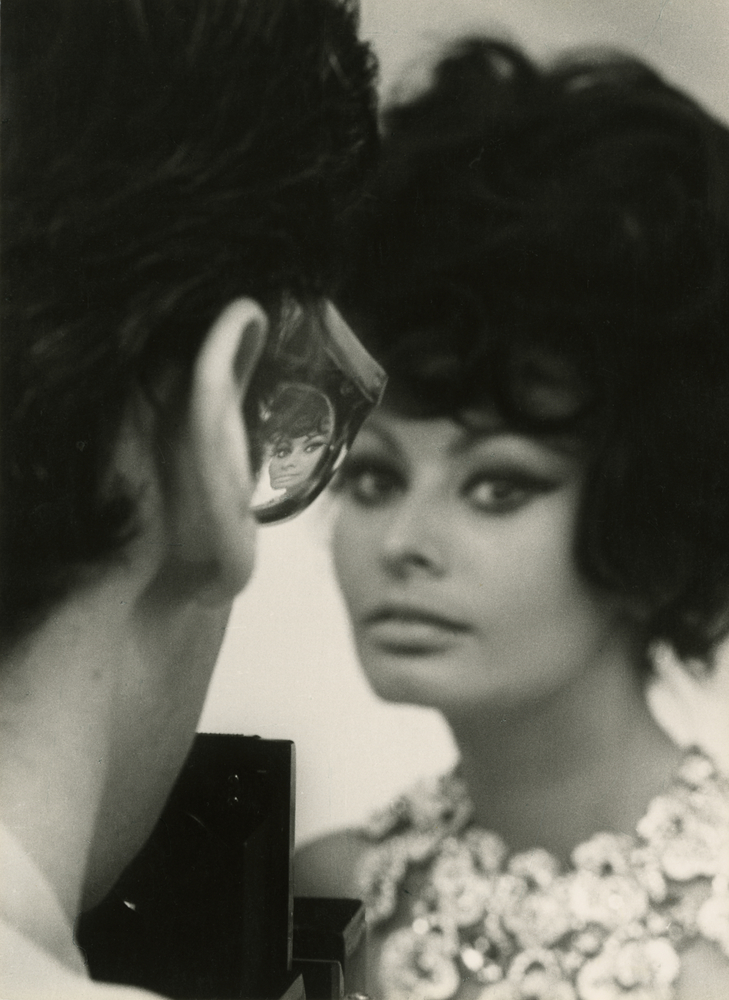 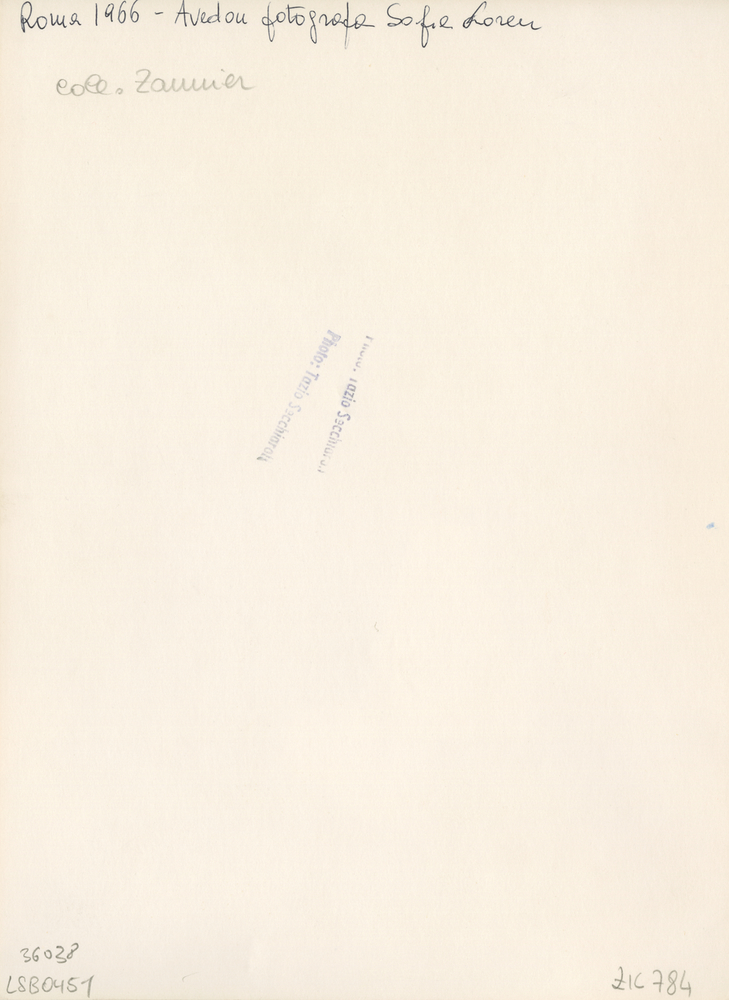 Young Tazio Secchiaroli was a gofer at Rome's vast film studios »Cinecittà«. In the Sixties he founded his own photo agency and worked as a journalist and still photographer, often for director Federico Fellini. Secchiaroli is presumed to be the first paparazzo, as Fellini modelled the so-called character of a photographer in his film »La dolce vita« (1960) on him. In 1964 Secchiaroli became the exclusive photographer of actress Sophia Loren, documenting her life by commission – hence playing another role in the medium's liaison with star business.
The image shows American fashion photographer Richard Avedon working with a Rolleiflex. His sitter Loren is seen slightly out of focus, from Secchiaroli's perspective, looking over Avedon's shoulder. Loren's face is also distortedly reflected in Avedon's glasses. The sharply focussed, perfectly framed portrait of her, that is just inscribing itself on Avedon's film, is left to our imagination.