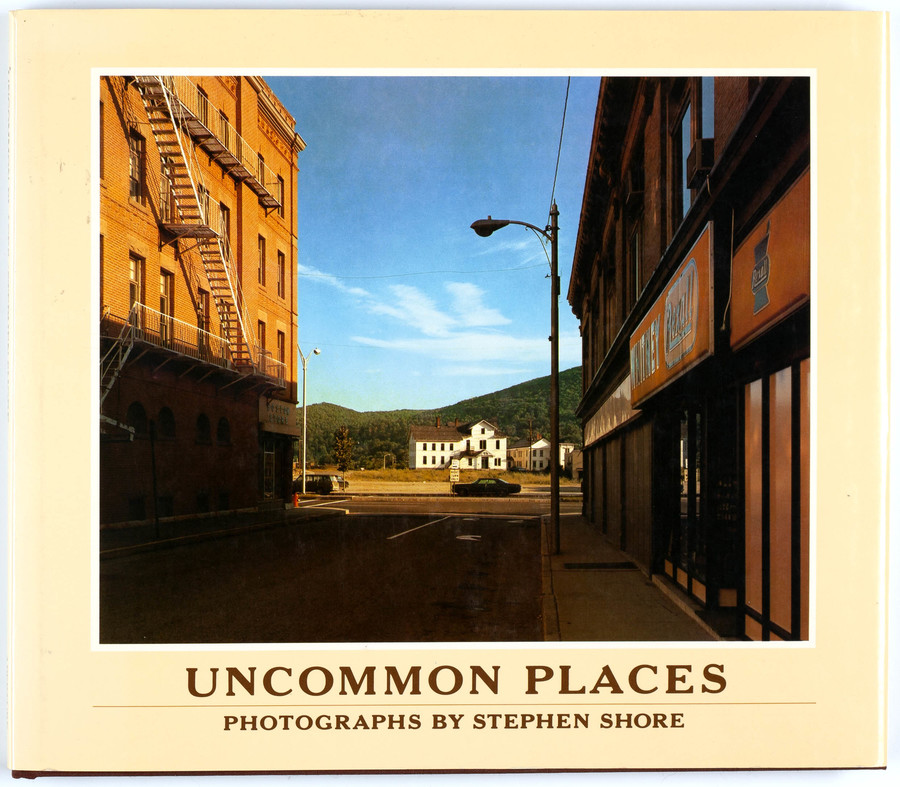 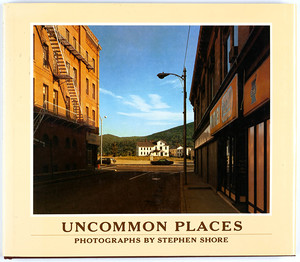 New York: Aperture, 1970. First edition of Shore's remarkable photobook of the American landscape, in which "the nondescript emerges as an opportunity for awakened perception."

"Stephen Shore burst into the skies of photography in the early 70s, dazzling observers with carefully conceived color landscape photographs...Shore's pictures are captivating, balanced objects of considerable visual complexity" (New York Times). "It was Shore, along with William Eggleston, who at the beginning of the 1970s brilliantly developed the language of Walker Evans and Robert Frank in color...making the sophisticated snapshot not just an American language but a universal one for our modern times...The pictures in Uncommon Places are about the real--a clear, luminous, cogent reality--set down in a way that is rarely achieved by most photographers. This is what makes them so touching, so exhilarating and so important" (Parr & Badger II: 35, 295).