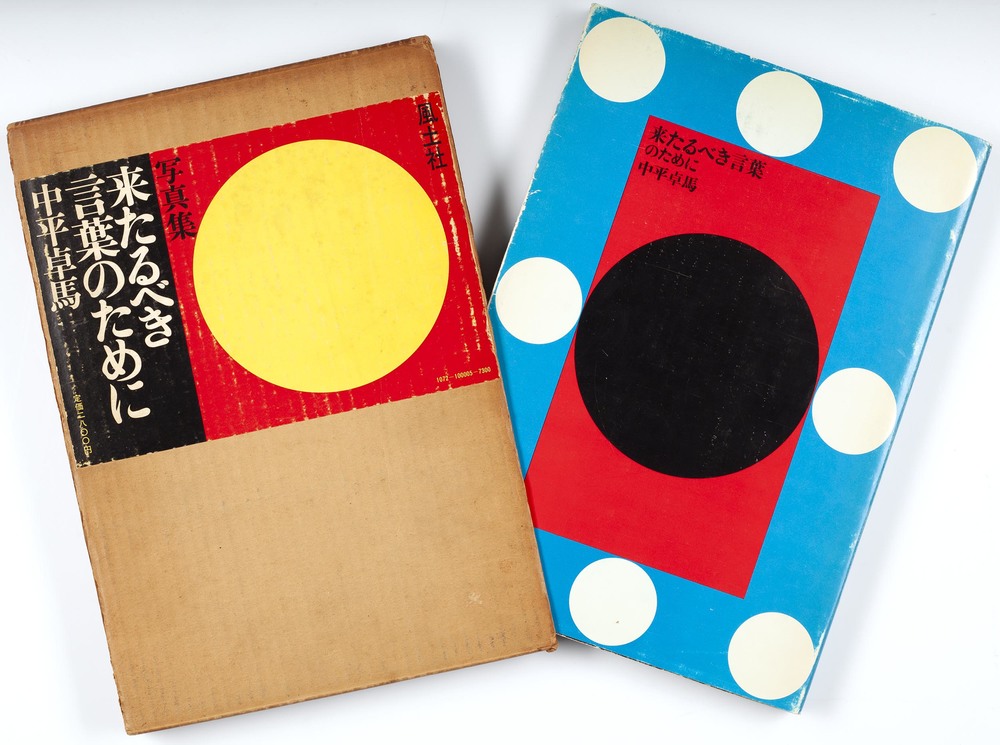 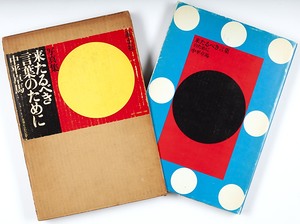 „In 1968 the photographer and writer Nakahira Takuma (1938-) along with a select group of artists and writers published a magazine entitled 'Provoke'. Responding to the social and cultural upheavals of the late sixties and early seventies, the participating photographers searched for a radically new photographic language. “Visual images cannot represent the totality of an idea, nor are they interchangeable like words,” exclaimed the manifesto in the first issue of the magazine. “However, their irreversible materiality - reality cut out by the camera - belongs to the reverse side of the world of language.” Nakahira's 'For a Language to Come' is clearly a programmatic effort and represents a turning point in post-war Japanese photography. The artist explores the power of photography to express that which remains unspoken. Remnants of language are still apparent in his work. This publication had a print run of only 1,000 copies." (Titus Boeder)

First print of November 10, 1970. Paperback, square back, photographic cover titled black under illustrated dust jacket, original cardboard box with illustrated title piece laminated, 306 × 215 mm. Graphic design by Kimura Tsunehisa. 192 pages, 103 photographs reproduced with lost edges and in heliography including 80 with double page. Text by the photographer and poems by Kimura Tsunesisa at the end of the book. Although the work appears while the group "Provoke" is dissolved, it will always be considered one of the most representative and successful of this movement with "Bye Bye Photographer" by Daido Moriyama, published 2 years later. Martin Parr will say that these two titles mark the peak of Provoque! Takuma Nakahira was one of the founders of this group which will have a major influence on photography.