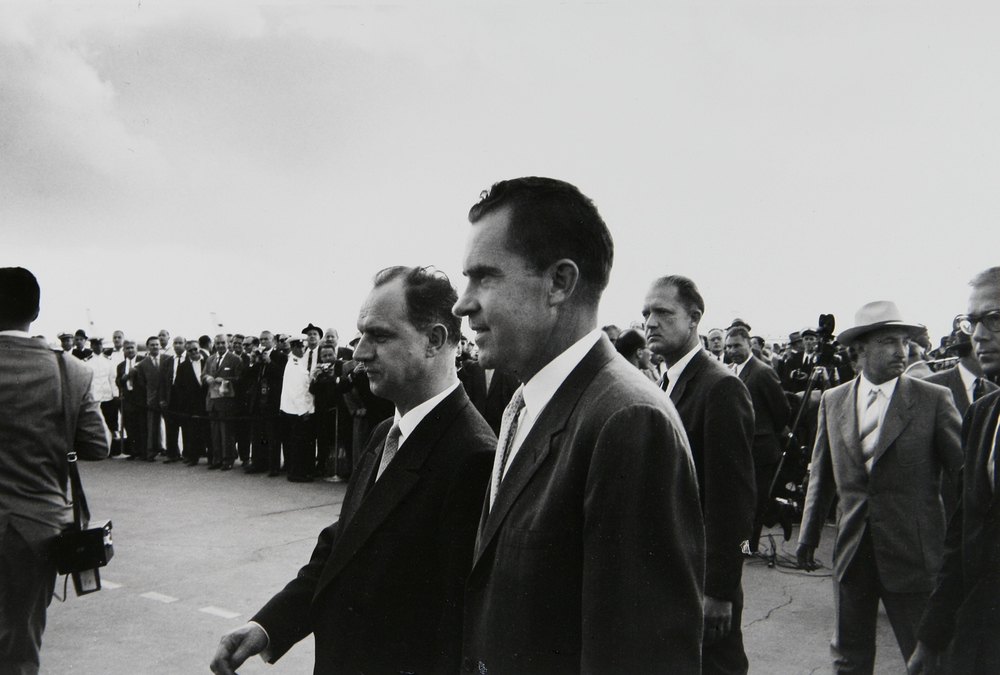 Son of Russian emigrants, Elliott Erwitt was born in 1928 in Paris and grew up in Milan. In 1939 in the face of National Socialism his family immigrated to New York City, then moved to Los Angeles in 1941. In Hollywood 15-years-old Erwitt found his first position in a commercial photo studio, where he developed contact sheets of stars and starlets of the movie industry. In 1946 Erwitt moved back to the East Coast – New York has been his home base ever since. Here he met Robert Capa; Edward Steichen and Roy Stryker gave him his first assignments. Towards the end of the 1940s he spent a year traveling France and Italy. The earliest photographs in this exhibition were taken on this trip. Drafted into the army in 1951, he got a position as a dark room assistant in a messaging unit stationed in Germany and France. After his release from the military, Robert Capa recruited the young photographer for Magnum Photos. A member of the prestigious agency ever since, he also served as Magnum’s president for three years in the 1960s. Erwitt worked for all the big names of the Golden Age of photojournalism, among them Look, Life, Collier’s and Holiday, to name only a few. Journalistic assignments alternated with commercial work, but he always took the time for his more personal photographs – his “snap shots” as he likes to call them. During the 1970s he increasingly turned to the moving image and produced several documentaries as well as a series of comedies for US television channel HBO in the 1980s. His work is represented in renowned collections around the globe; one-man exhibitions have been hosted by institutions such as MoMA New York, the Smithsonian, the Art Institute of Chicago, the Musée d’Art Moderne de la Ville de Paris and Kunsthaus Zurich.