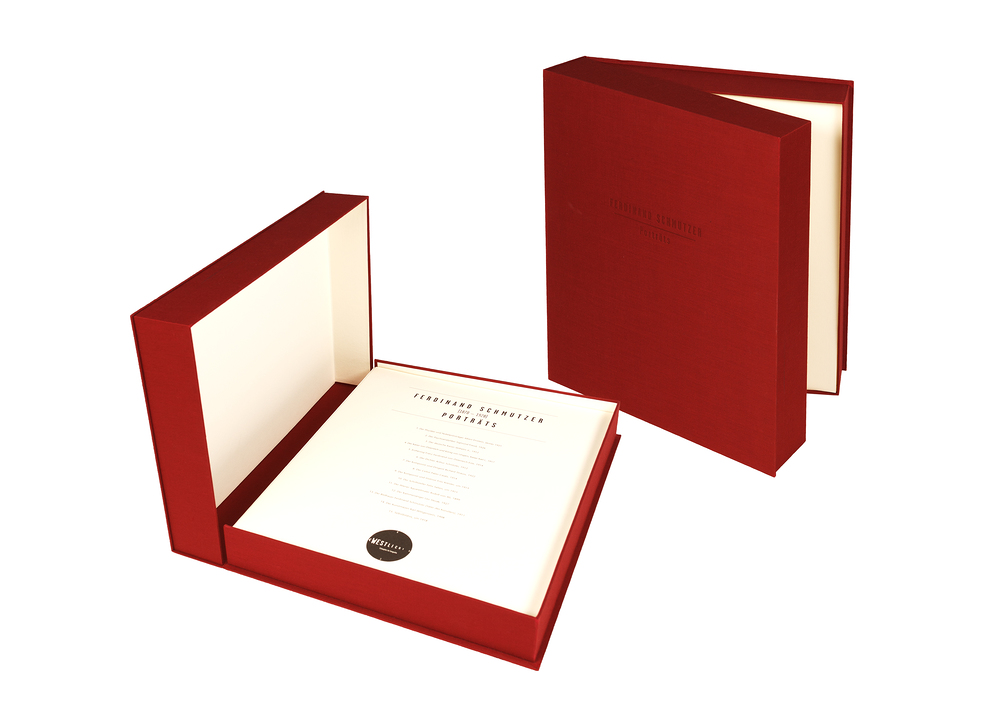 from 7800.00 €
Inquire
See all works by Ferdinand Schmutzer

Almost all the recently-discovered portrait photos prove Schmutzer to be a photographer of great talent who is a master excelling in the use of light and shadow. The artist made a series of portraits of important people in Viennese high society, art and culture as well as from politics and business. He also counted the nobility and the emperor amongst the clientele who commissioned his work. Even the 1899 portrait of the elderly watercolourist Rudolf von Alt can be considered a masterpiece of photographic picture composition. Likewise in the full-body portrait of Karl Wittgenstein the dignified appearance of this great patron of the arts and father of the philosopher Ludwig Wittgenstein is shown to its best advantage. On the other hand we encounter Arthur Schnitzler as a slightly surly-looking poet while Felix Salten returns our gaze smugly. Not only were there social gatherings in the Schmutzer household but also musical evenings to which famous artists were often invited, as the very introverted picture of cellist Pablo Casals shows. The image of violinist Fritz Kreisler on the other hand is reminiscent of early portraits by Nadar, the well-known French portrait photographer of the 19th century. The portrait of composer Richard Strauss presents us with a particularly elegant figure while the cheerfulness of the portrait of Leo Slezak is infectious making contact with the great singer very intimate.

One of the best portraits by Schmutzer is the picture of Albert Einstein. In this work the artist was able to transfer the naturalness and cheerful composure of the great physicist to the photographic image. The portrait of Sigmund Freudprovides a contrast. His penetrating but also sad gaze refuses to let the viewer escape. An impressive and distressing portrait is the image of Ferdinand Schmutzer’s father. In this photograph the artist has captured with his camera »what cannot be seen from the outside, the transcendental in reality«. The picture of the German Emperor Wilhelm II reveals much more of the subject’s status – Schmutzer depicts him with pathos and a stiff dignity. The portrait of Emperor Karl I is distinctly more understated and was probably taken only a few months before the death of Emperor Franz Joseph I.

Ferdinand Schmutzer came from a Viennese family of artists. He studied at the Academy of Fine Arts in Vienna, initially sculpture, then painting. However he soon turned to etching which he was introduced to by his teacher at the Academy, William Unger. A state scholarship (the Rome Prize) allowed him a two-year stay in Holland (1894–1896). It seems that even then Schmutzer used the camera to capture his impressions in addition to his sketch pad. Unfortunately the artist was silent about the medium of photography. It can be assumed, however, that his portrait etchings always came from prior photo studies since body posture and tilt of the head often match the etched portraits.

Ferdinand Schmutzer was not only a recognised etcher and copperplate engraver but also an extremely gifted photographer. The way in which he uses perspective and composes with light and shadow provides proof of his technical mastery, great skill and artistic sensibility that are melded together in his work into a unity. As rector of the Academy of Fine Arts in Vienna (1922–1924) he remained true to this tradition but he passed on his knowledge to his students with great enthusiasm.

Anna Auer, President of the European Society for the History of Photography (ESHPh)

from 7800.00 €
Inquire
See all works by Ferdinand Schmutzer
back
jump to top