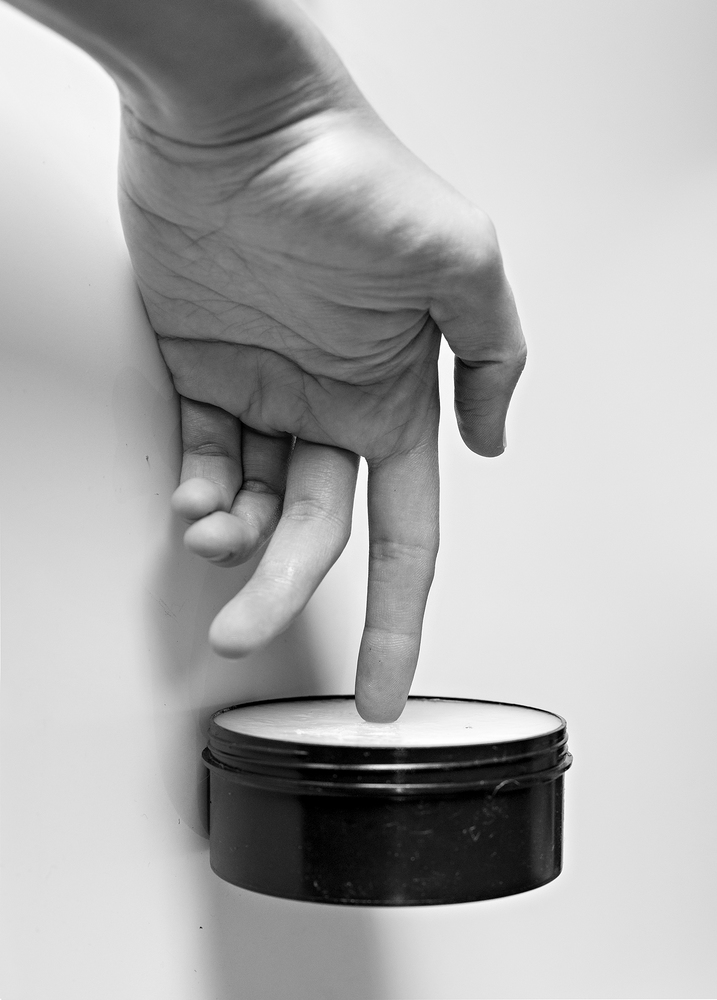 A bedroom in shades of gray and white. A stone bust, the eyes of which are covered by hands. A figurine stands on a nightstand, its decapitated head lies next to it. In between photographs of interior designs with dark wood. Francesca Catastini's photographic work aims to overcome the idea of separation, initiating an interaction of images with other images, text, or objects. Through this process of continuous invention and layering, new meanings are achieved.

OstLicht. Gallery for Photography presents works from Francesca Catastini's series The Modern Spirit Is Vivisective and Petrus, where the artist addresses the phenomenon of public dissections. From the late 16th to 18th century, executed convicts were publicly dissected almost once a year in so-called anatomical theaters, which were visited by students, professors, dignitaries and paying audience. These theaters are the starting point of the photographic series. The Modern Spirit Is Vivisective explores the theater’s architecture and reflects on the observational role of the audience, who – whether laypersons or professionals - witnessed the segmentation of human bodies.

In Petrus, Catastini explores the human urge to define oneself and the world through specific forms. She regards their symbolic power and the way they shape us and our views. Forms are never stable, but a result of a never-ending tension of different forces. In a cynical, careful, and arbitrary analysis, Francesca Catastini plays with archetypes and images. The titular name Petrus refers to a liquor of the same name, which in the 1970s was considered "the perfect drink for the strong man" and "the man who lives according to nature".

Francesca Catastini was born in 1982 in Lucca, Italy, and lives and works in Vienna. In 2009 she earned her master’s degree in Photography and Visual Design at the NABA Academy in Milan. In 2016, her book The Modern Spirit Is Vivisective was awarded the ViennaPhotoBookAward. That same year she participated in a series of exhibitions of artists who use photobooks and publications in their artistic practice, including Ouvrage at Twenty 14 Contemporary, Milan, and Burning with Pleasure, at Matèria Gallery, Rome. In 2019, her second book Petrus was published by Kehrer Verlag.

3000.00 €
Inquire
See all works by Francesca Catastini
back
jump to top