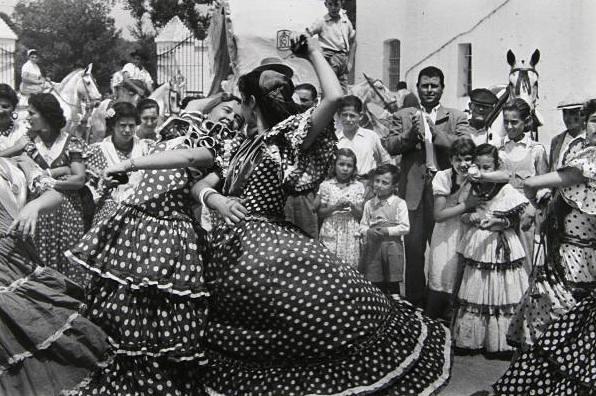 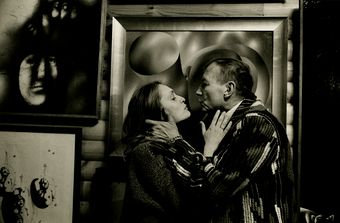 Yevgeny Yetushenko and his wife Masha 1988

»Photography is a strange phenomenon... You trust your eye and cannot help but bare your soul.«

OstLicht presents a selection of mostly signed photographs by the Austrian Magnum photographer Inge Morath. In addition to some of her iconic works, the carefully selected retrospective also provides an insight into the multi-faceted and lesser-known life's oeuvre of the tireless photojournalist.
The selection ranges from Morath's classics, the American street photos, which were mainly taken in New York, to her well-known photo reportage from Spain, portraits of artists and celebrities, to quieter stagings and landscape photographs. Marilyn Monroe, Jean Cocteau, Pablo Picasso, Jayne Mansfield or Louise Bourgeois have had their pictures taken by her. Despite the variety of subjects, Morath's work is united by its intimacy with the many cultures of the world and the people she portrayed.

Inge Morath (1923–2002)
The Graz-born photographer Inge Morath worked as a text journalist for press and radio before she started taking photographs. In 1946 she moved to Vienna, where she worked together with the photographer Ernst Haas as a »Photograph – Reporter – Team«  for Heute, the magazine of the American occupation forces. In 1949 the team was called to the Magnum photo agency in Paris by Robert Capa. There she worked as an assistant to Henri Cartier-Bresson, for whom she did laboratory work. In 1951 she left Magnum and moved to London, where Morath began to take photographs herself and soon developed her talent. She studied with Simon Guttman, who is considered the father of modern photojournalism. Since 1953 she was a photographer for Magnum. In 1956 she published her first book Guerre à la tristesse. In the same year her first exhibition was opened in the Würthle Gallery in Vienna. The photo reports of her numerous travels through Europe, Africa, the Orient, the USA, the USSR, China, Japan, Thailand and Cambodia appeared in magazines such as Life, Paris Match, Holiday and the Saturday Evening Post. In 1960 she moved to the USA, where she was married to the writer Arthur Miller; she died in New York at the age of 79.

Yevgeny Yetushenko and his wife Masha 1988