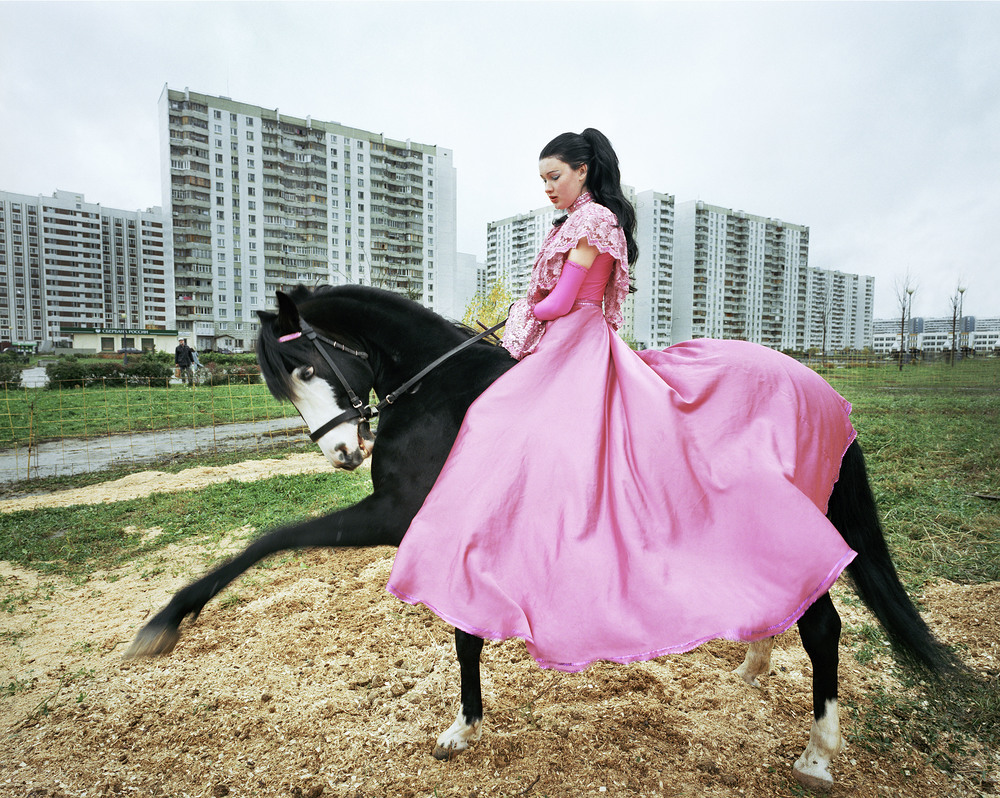 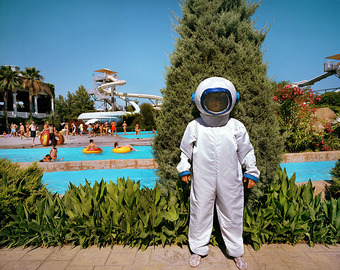 Astronaut 2006
From the series »Fake Holidays«

With nearly 100 national and international exhibitions and almost a dozen successfully sold photobooks, Reiner Riedler is one of Austria's most significant contemporary photographers.

Following the presentation of individual series, among others at the Centre Pompidou in Paris or at Rencontres d'Arles, Vienna’s WestLicht. Museum for Photography is currently dedicating its first major personal exhibition to him, which spans a broad arc over his more than 30 years of work.

At the same time, OstLicht. Gallery for Photography has expanded its portfolio and is showing selected works in a sales exhibition. It includes not only highlights from Riedler's well-known series such as "Fake Holidays," "Russian Circus" and "Altered States," but also excerpts from his previously unpublished cycle "This Side of Paradise," for which he has been documenting the excesses of modern event culture for more than 20 years.

The common thread running through the works of the Vienna-based artist is an intense examination of the human pursuit of happiness. To this end, the "chronicler of longings" accompanies his protagonists to artificial worlds of leisure, swingers' clubs or to meadow festivals - all places that promise at least a short-term escape from everyday life.

In addition, OstLicht also offers a number of remarkable works from Riedler's conceptual works, including images of film reels from "The Unseen Seen", with which he stirs up emotions around cinema and the

farewell to analog film, or "WILL - The Livesaving Machines", in which he deals with apparatus medicine and the desire for eternal life.

The editions, limited to 5 pieces each, are offered in two different formats and represent an attractive offer with high potential for established collectors and newcomers alike.

Astronaut 2006
From the series »Fake Holidays«