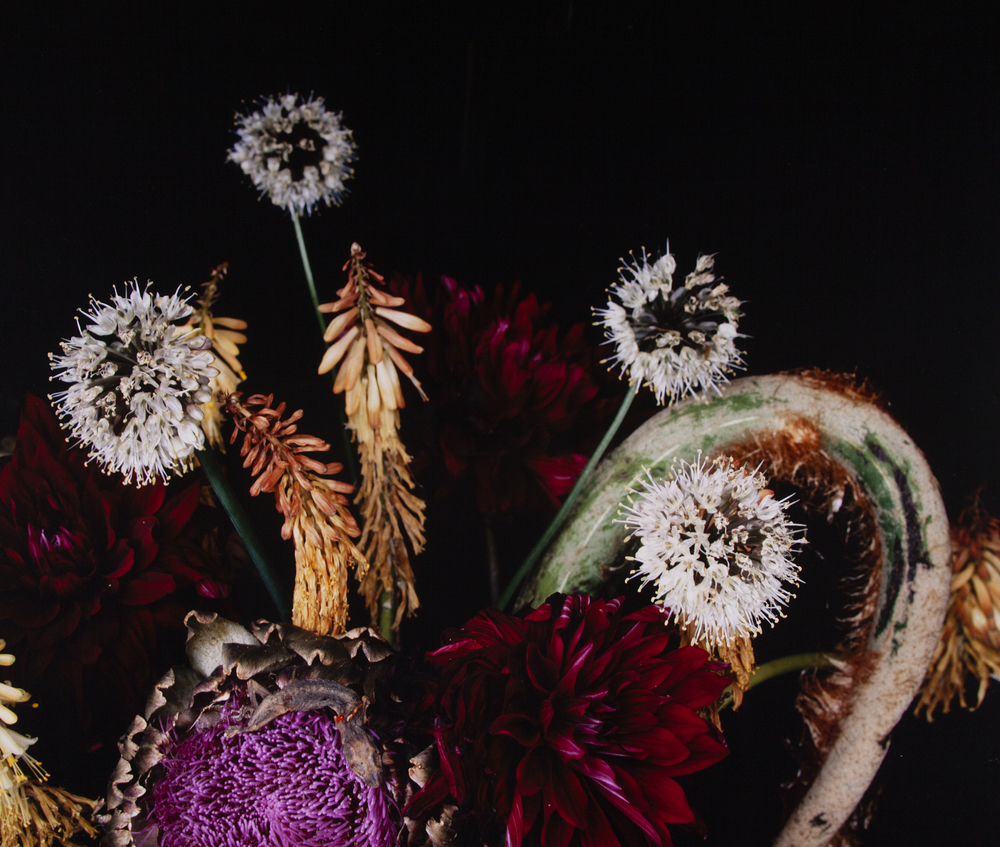 Ever since Araki's photograph of two magnolia blossoms, which marked the death of his wife Yoko in the 1991 publication Winter Journey, it has been impossible to imagine the artist's visual vocabulary without flowers. In Araki's work, they do not appear as rigidly composed ikebana arrangements but, as in the series »Flowers und Jamorinsky« as lush bouquets or as individual blossoms photographed almost like portraits.

The glossy surfaces of the prints, their striking colours and the clearly recognisable textures of the blossoms make the close-ups tempting to touch. For Araki, flowers are symbols of the feminine, while the lizards »Jamorinsky« placed on them stand for the masculine. In Araki's symbolism, however, Eros rarely exists without Thanatos: the texture of the dried-up reptiles as well as the more or less advanced withering of the blossoms refer to the transience of all sensual pleasures. 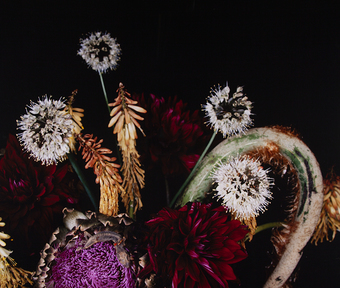 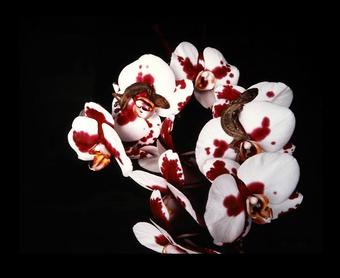