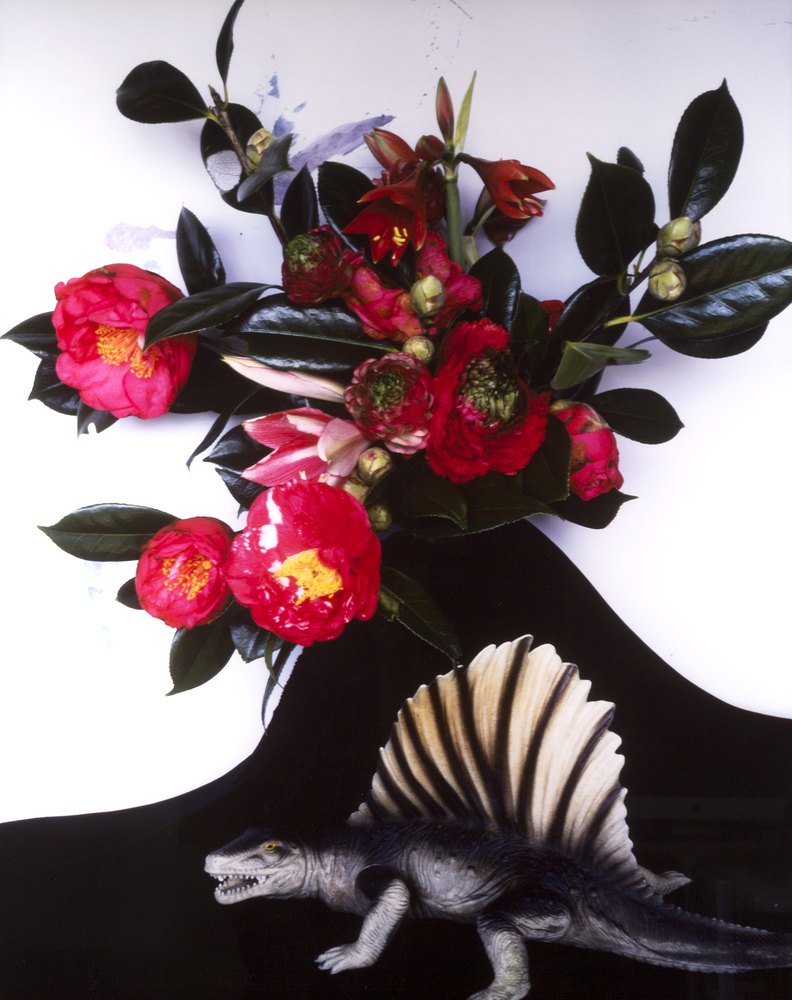 Japanese artist Nobuyoshi Araki (* 1940) undisputedly ranks among the most radical and influential photographers of our time and is regarded an important figure in current art sphere far beyond the area of photography. His controversial and intimate studies of women’s bodies made him internationally renowned and are a recurring motif of his artistic universe. He has been a longtime friend of OstLicht Gallery and its founder Peter Coeln, which led to the celebrated exhibition »Araki Teller Teller Araki« in 2014 together with Juergen Teller. The series »Love by Leica« (2006) and »Last by Leica« (2012–2014) present atmospherically dense collections of women’s portraits, nudes and landscapes in black and white. The fading blossoms in the large format colour prints from the project »Flowers and Jamorinsky« (2005–2006) evoke feelings of transience, nostalgia and poesy.

In his photographs, he developed a unique visual handwriting, creating a poetic portrayal of human passion which points beyond Japanese culture. During this time, he also began to publish his photographs in Garo, the avant-garde manga magazine and Shashin Jidai. Araki invented the concept of the »photographic ego«, signifying the intriguing interplay between fiction, fact and desire. Araki, an obsessive photographer, perceives life through and in his pictures and is never seen without a camera. In Japan his photographs were partially censored due to »obscenity«. Sky, flowers, street and family – Arakis subjects are manifold, as well as his ways of challenging photography, for example through scratching positive film and Arakinema (Araki + cinema).