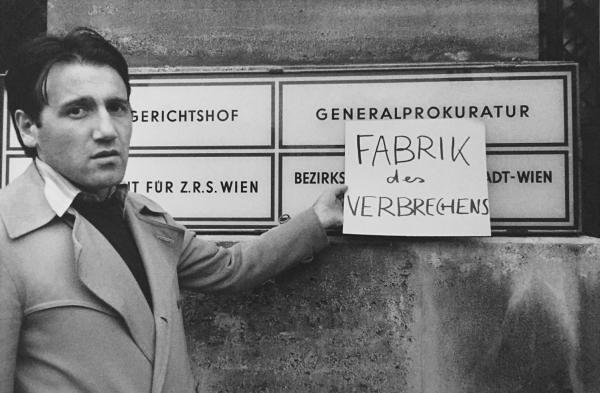 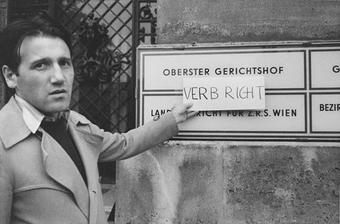 Peter Weibel was born 1944 in Odessa (UA) and raised in Upper Austria. He is artist, curator and theoretician. His work can be described in categories of conceptual art, performance, film, video and computer art. In his performances the artist not only explored language and body as media, but also analysed the function of film, video, audiotape and interactive electronic environments for the construction of reality. He explored the ideological and technological conditions of visual representation and he transcended the borders of the gallery space with his teleaktionen, which were broadcasted by the Austrian television in 1972. Weibel worked as teacher e.g. at the University of Applied Arts in Vienna (A), at the College of Art and Design in Halifax (CA) and at the State University of New York in Buffalo (USA). In 1984 he became professor for visual media at the University of Applied Arts in Vienna and in 1989 he was assigned to set up the Institute for New Media at Städelschule in Frankfurt am Main (D), which he headed until 1994. Since 1999 he is CEO and director of ZKM / Center for Art and Media Karlsruhe (D).